Jeff and Lou Ann are correct. The answer to Friday's puzzle is the fourth-order Fresnel Lens installed in the Ocracoke Lighthouse. In 1822 French scientist and inventor, Augustin Fresnel, discovered a method, using glass prisms and bull's eyes, to focus and magnify a beam of light. His invention revolutionized lighthouses. This is a drawing of the first-order Fresnel Lens that was installed in the Cape Hatteras Lighthouse in 1854: 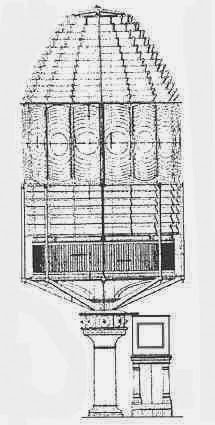 Although the Ocracoke Lighthouse was built in 1823, it was originally fitted with a reflective system. Not until several decades later did the United States Lighthouse Board convert to the more efficient Fresnel Lenses. A fourth-order lens was installed in Ocracoke's tower in 1854. Below are two photos by Eakin Howard. The second photo was taken from the bottom, looking into the interior of the lens. It shows the electric lamp changer. 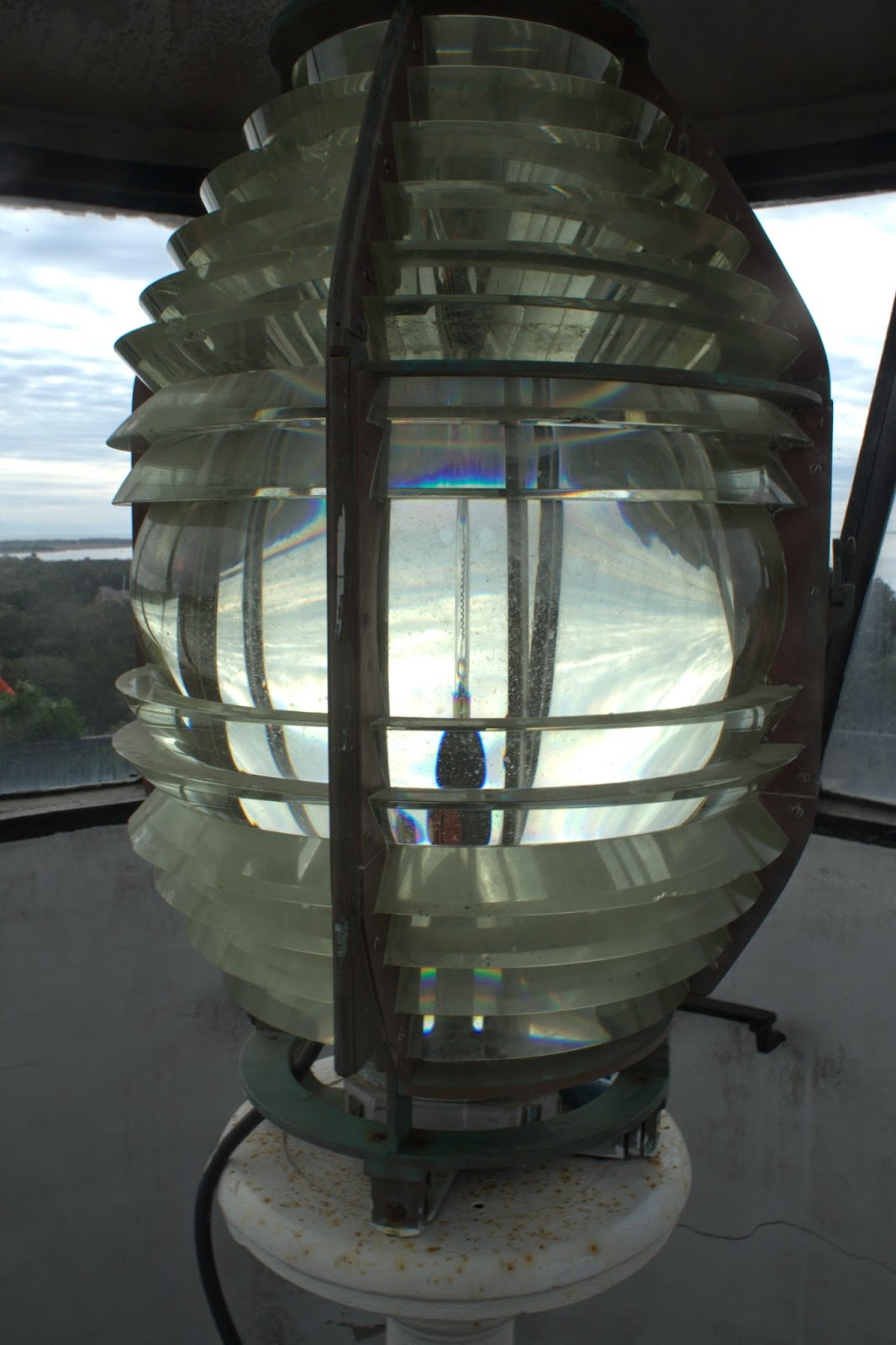 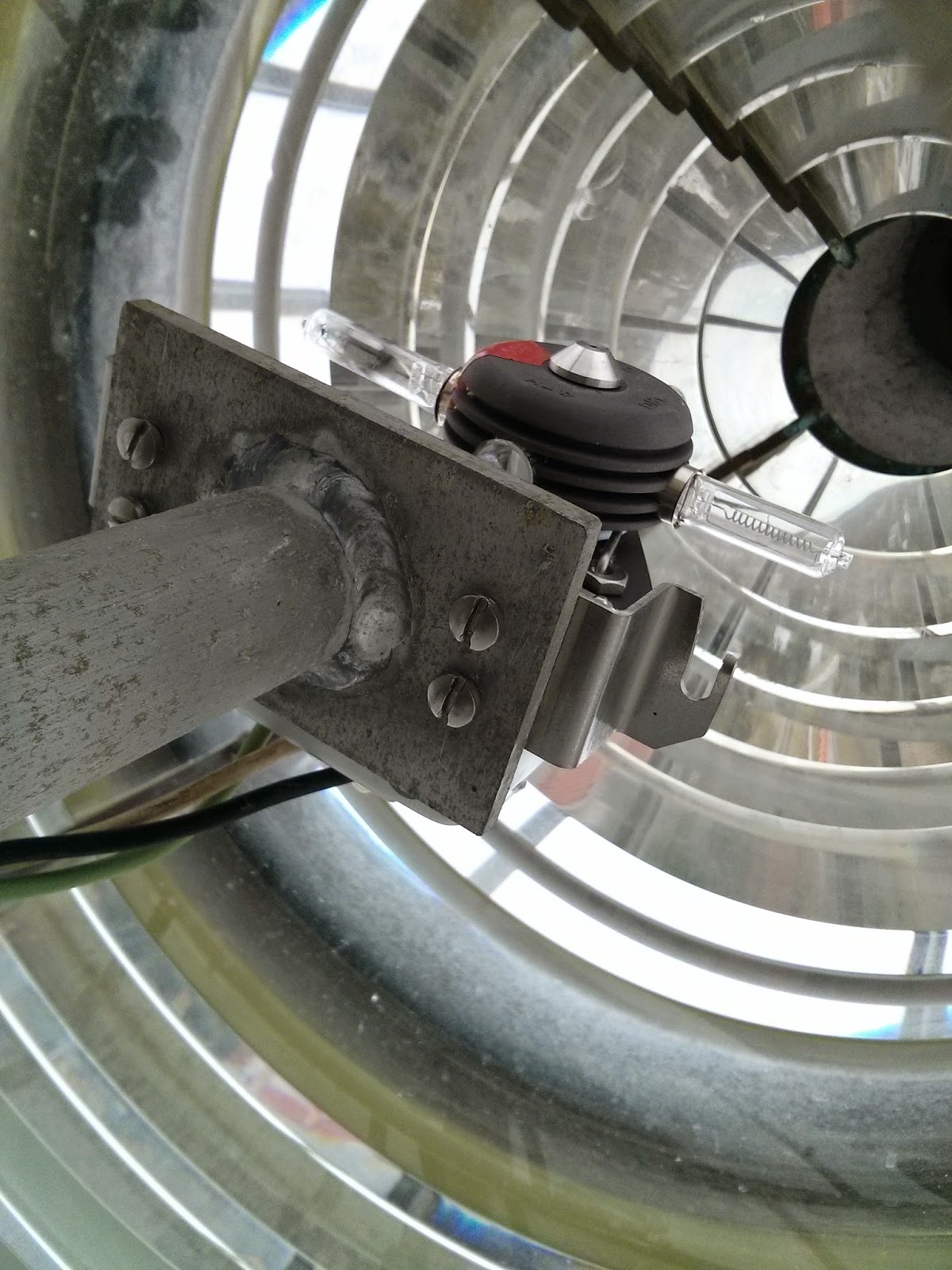 You can read more about the Fresnel Lens here: http://www.nps.gov/caha/learn/historyculture/fresnellens.htm, on various other Internet sites, or in Theresa Levitt's excellent 2013 book, A Short Bright Flash, Augustin Fresnel and the Birth of the Modern Lighthouse.

This month's Ocracoke Newsletter is research into the origin of the Ocracoke Island Wahab family. You can read the article here: http://www.villagecraftsmen.com/news022115.htm.
Posted by Philip at 5:48 AM