You Got to Go Out

I have frequently written about Outer Banks shipwrecks and the brave men of the United States Life-Saving Service. 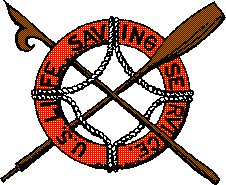 The following excerpt from a 1941 Newspaper article relates one of the most widely acknowledged illustrations of the dedication of the US lifesavers.

“There are thirteen [Coast Guard] stations from the Virginia line to Beaufort; and there were twenty up to 1931. To be a great surfman, the natives agree, is the ultimate test of a man. In good weather and bad surfmen patrol the beach nightly, like sentries walking posts. It takes courage and knowing how, to walk this beach in a howling nor’easter with hissing storm tide threatening to sweep across the Banks into the sound, opening great gullies in their paths. It takes nine giants to launch a 3000-pound lifeboat through brawling breakers; brawn and skill, too, where the least hesitation might slam the heavy boat down upon their broken bodies.

“It was the Banks which gave the Service [formerly the United States Life-Saving Service, now the US Coast Guard] its unofficial watchword. One night when a vessel was breaking up on the outer reef at Hatteras and a crew was preparing to launch its surfboat, a rookie turned to the bos’n, saying: ‘I believe we can get out there, cap’n, but I don’t believe we ever could get back.’ “The bos’n spat away from the wind. ‘Don’t fret about that, Bub,’ he answered. ‘All the regulations say is we got to go out there. The regulations don’t say a damn thing about having to come back.’”
Posted by Philip at 2:15 PM