Many of our readers will remember that my Aunt Thelma died in November of last year, less than one month short of her 100th birthday (see http://villagecraftsmen.blogspot.com/2012/12/aunt-thelma.html for more information). 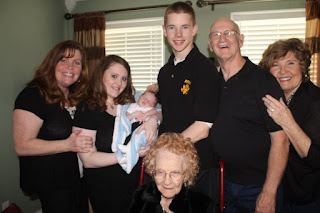 Becky also shared the following photo, taken on Ocracoke in 1914. Aunt Thelma is on the left, my Aunt Delia is in the middle, and my father, Lawton, is on the right. 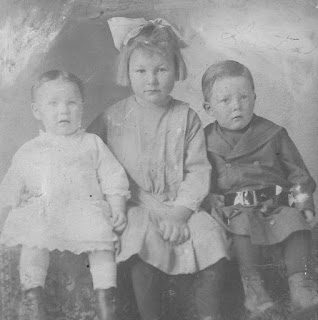 Now for the story: About 20 years ago, when Aunt Thelma and my father were both in their 80s, Aunt Thelma came back to the island for a visit. She stayed with my father. One evening, after dinner, we were all sitting in the living room reading the newspaper. My dad had the sports section, I was looking at the front page, and Aunt Thelma was engaged with the "Lifestyle" section.

After a few minutes I heard Aunt Thelma chuckling. Her chuckle soon became a full-bodied laugh. "Aunt Thelma," I asked, "what is so funny?"

"I am reading 'Dear Abby'" she said, and then proceeded to read aloud the letters. They were all from married couples in their 30s and 40s who had given up sex...and didn't miss it.

When she was finished she folded up the newspaper, laid it in her lap, and fixed me with her impish gaze.

"I can tell you one thing, honey," she said. "There weren't no Howards in that bunch!"

Our latest Ocracoke Newsletter is the story of the day Charles Lindbergh landed on Ocracoke. You can read it here: http://www.villagecraftsmen.com/news112112.htm.