I published this 1950s photo in September of 2012. Stanley Gaskins, in the white t-shirt, is standing with his left hand on the pony's neck. I am sitting astride the horse, and Wayne Teeter is posing in the striped shirt.  The picture was taken on Lawton Lane, in front of my grandmama's house. Of course, we are all barefooted. 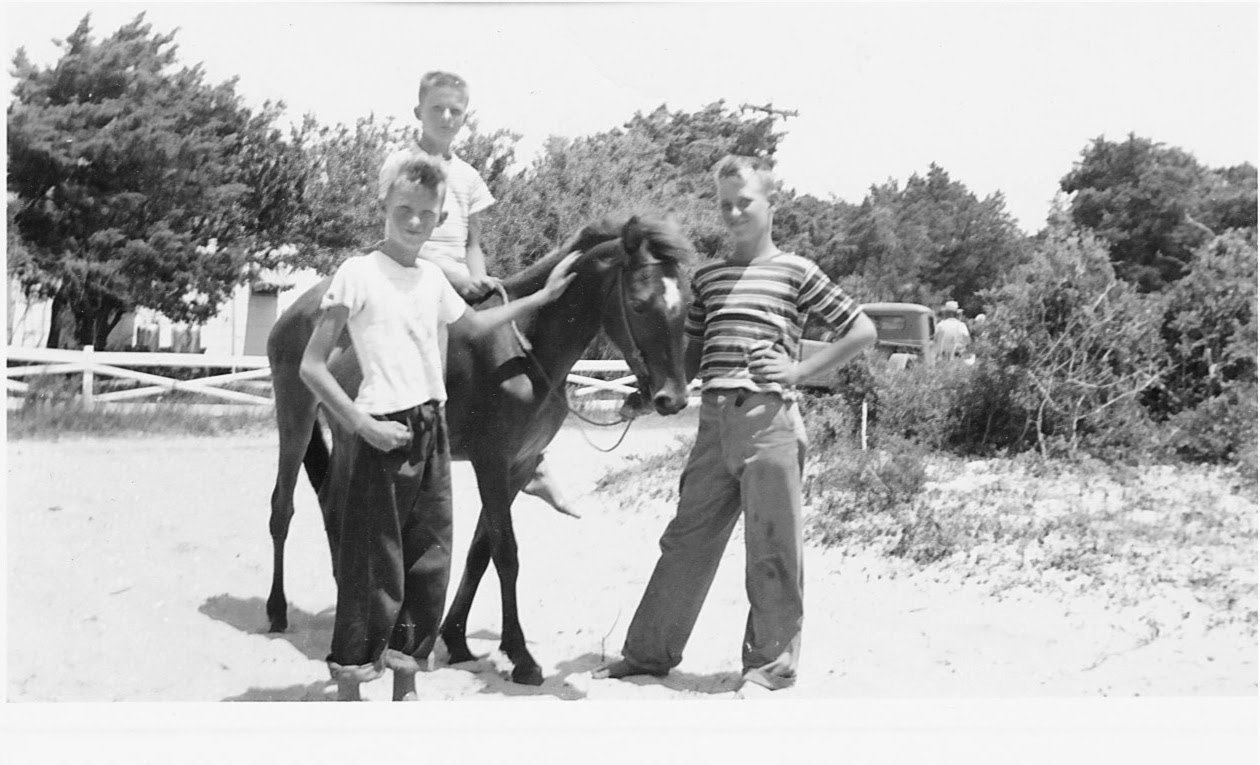 When I came to Ocracoke for the summer, Stan, Wayne, and I spent many hours running around together -- exploring the woods at Springer's Point, swimming in the creek (Silver Lake), gigging for flounders in Pamlico Sound, messing about with ponies (I never did learn to ride very well), attending square dances, and generally getting into mischief. I was just two weeks older than Wayne.

This past Sunday morning, Wayne died unexpectedly. Wayne was a colorful native Ocracoker. In addition to serving in the Coast Guard, working as a commercial fisherman and operating local businesses (at one time he owned and operated Tradewinds Tackle Shop, Wayne's Fish House, and cultivated soft crabs in a homemade facility in his back yard), he served for a while as the island's county commissioner, and was active in the Assembly of God church. Wayne was outspoken, so you always knew where he stood on issues, but I never knew Wayne to speak his mind without a smile and good humor.Wayne was fond of stating that the biggest mistake of his life was quitting school in the 9th grade. "I should have quit in the 6th grade," he would say!

Wayne's funeral will be held this Friday at the Ocracoke Assembly of God at 11 a.m.

We will miss Wayne, an island icon for 69 years.

Our latest Ocracoke Newsletter documents the day telephones came to the island. The article includes images of Ocracoke's first telephone directory which lists a total of 63 subscribers. You can read the Newsletter here: http://www.villagecraftsmen.com/news022114.htm.