Last week a reader asked about the Ocracoke post office. In April, 2013, I published a Newsletter about Ocracoke Island post offices. Below is a summary of that article, with photos:

On August 21, 1840 the first post office on the Outer Banks of North Carolina was established on Ocracoke Island. For the next sixty years the post office was located in successive postmasters’ homes or in one of the village’s general stores. This is a photo of Abner Bennett Howard's general store and post office. It was located where Captain's Landing Motel is today. 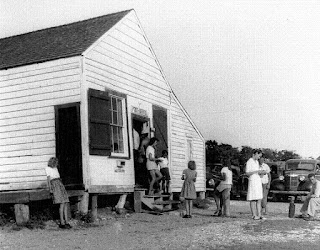 On October 21, 1902 postmaster Thomas Wallace (“Mr. Tommy”) Howard  built the first of Ocracoke’s four dedicated post office buildings. It was situated across the road from Abner Bennett's store, between the entrance to Howard Street and the Silver Lake Motel. When Mr. Tommy retired in 1941 his future daughter-in-law, Elizabeth O’Neal, was appointed Ocracoke’s postmaster. Elizabeth moved her operation across the sandy footpath from Mr. Tommy’s small post office building to the old store which her father had purchased. The original post office boxes had never been removed.

In 1952, after the old store and post office had been severely damaged in the 1944 hurricane, postmaster Elizabeth O’Neal Howard (Mr. Tommy's daughter-in-law), and her husband Wahab Howard, had a new, 18’ X 24’, 432 square foot post office built on their property near the old store. The new post office had 150 lock boxes. The building has since been moved. Down Point Decoys is located on that property today, just a few feet south of where the post office stood. 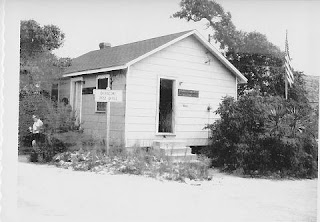 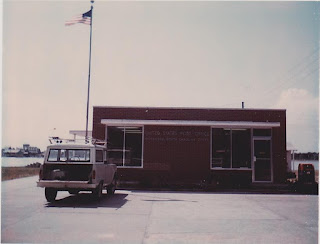 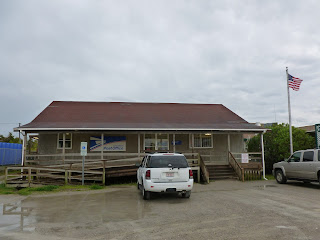 You can view more photos, and read more about Ocracoke's post office at https://www.villagecraftsmen.com/news042113.htm or https://www.ocracokenavigator.com/old-post-office/.

Our latest Ocracoke Newsletter is Capt. Rob Temple's poem, "A Pirate's Christmas." You can read it hear: http://www.villagecraftsmen.com/news122116.htm.
Posted by Philip at 5:27 AM