On Saturday the Ocracoke Preservation Society sponsored their annual Holiday Homes Tour. Two local businesses (Over the Moon and Island Artworks) and four residences were featured.

All of the houses were originally "story and a jump" houses.  These one-and-a-half story cottages with a central staircase were popular on Ocracoke from the mid-1800s through the early twentieth century. All of the houses on the tour had been been modified with later additions or modern conveniences. For example, a second story was added to the Amasa Fulcher house soon after it was built, and dormers were added to the parsonage after a fire several years ago.  Nevertheless, much of their original character of these homes has been maintained, as you can see from the photos below. 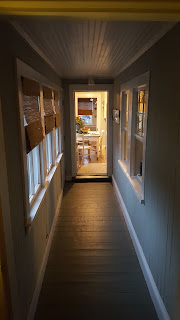 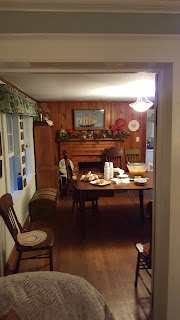 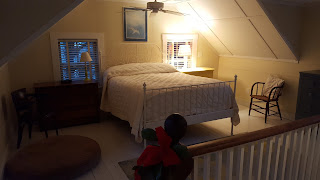 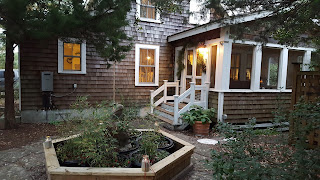 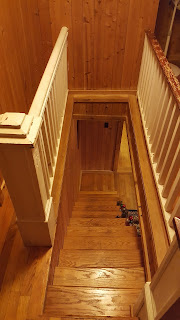 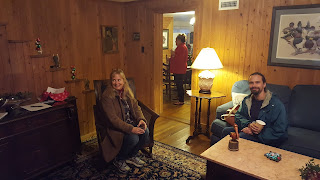 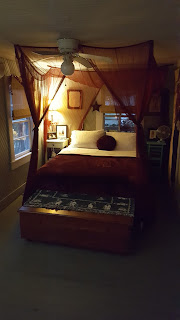 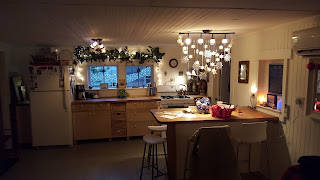 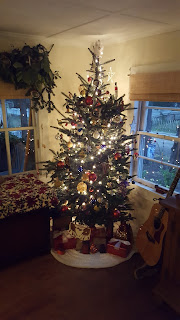 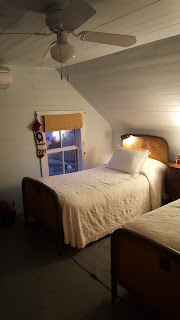 This month's Ocracoke Newsletter is my analysis of a sentence penned by surveyor Jonathan Price in 1795. The sentence reads, "Occacock was heretofore, and still retains the name of, an island. It is now a peninsula; a heap of sand having gradually filled up the space which divided it from the bank."  You can read my analysis here: https://www.villagecraftsmen.com/description-occacock-1795/.
Posted by Philip at 5:41 AM