A brand new class is being offered this year, Building Ships in Bottles, taught by Jim Goodwin, who makes ships in bottles for Village Craftsmen. Click on the photo below to see more of his creations. 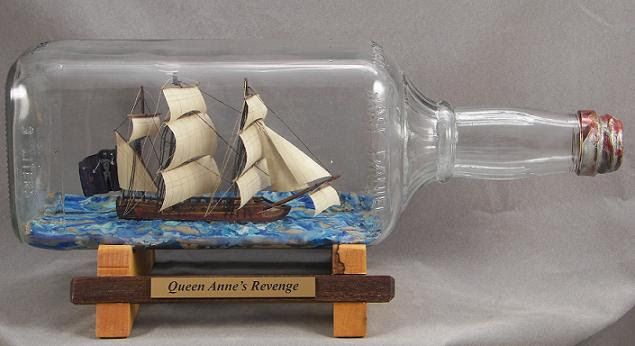 Jim has also just completed a 28" model of the three masted schooner, Crissie Wright, that ran aground near Cape Lookout in January of 1886 during a terrible storm. Unable to reach the stranded vessel, helpless Outer Bankers watched from shore as temperatures dipped below freezing and huge waves swept the captain and several other crewmen overboard. When rescuers finally boarded the Crissie Wright the next morning they discovered four men in the rigging, wrapped in sail cloth. Three were frozen to death. Only the cook survived. To this day residents of Beaufort and nearby villages can still be heard to say, "it's as cold as the night the Crissie Wright came ashore."

Enjoy these photos Jim sent me of his newest model, the Crissie Wright (click on any photo to view a larger image): 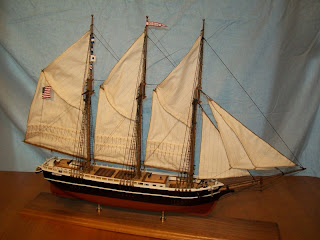 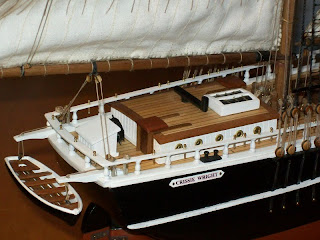 Our latest Ocracoke Newsletter is a small photo album with historic pictures, including the aftermath of the 1944 hurricane, the 1921 Ghost Ship of the Outer Banks, the 1935 wreck of the Nomis, the Island Inn, the Methodist Church, and the Wahab Village Hotel. I've added a short paragraph under each photo to help put them in historical perspective. You can see the pictures by clicking here: http://www.villagecraftsmen.com/news082609.htm.
Posted by Philip at 9:23 AM