It is the rare visitor to Ocracoke who hasn't heard the story of Blackbeard's final hours as he battled Lt. Robert Maynard just off shore and lost his head to the victorious Royal Naval officer. Books, pamphlets, articles, poems, and movies have recounted the story, some as true as possible to the actual events, others much more fanciful. 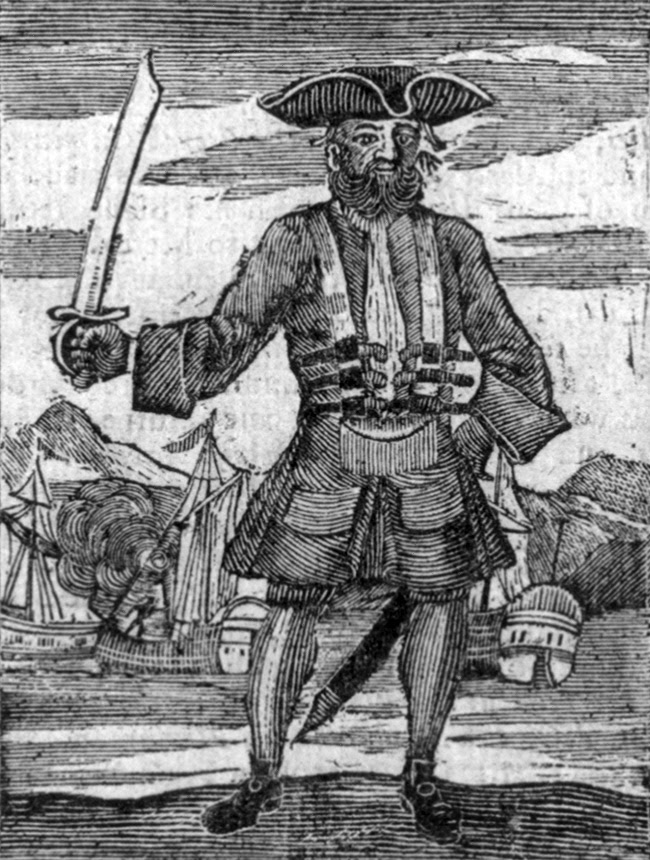 New historical information has recently been uncovered in dusty archives in Great Britain, the Bahamas, and elsewhere. According to researcher Colin Woodard in his recent article, "The Last Days of Blackbeard," in the Smithsonian magazine, "Blackbeard, the notorious pirate, had captured two vessels [the Rose Emelye and the La Toison d’Or] more than twice the size of his own—a feat described here for the first time. He could not have known that these would be the last prizes of his career and that in just three months he and most of his crew would be dead."

Our latest Ocracoke Newsletter is an account of the 2013 Portsmouth Island Christmas Bird Count. You can read it here: http://www.villagecraftsmen.com/news012114.htm.
Posted by Philip at 5:39 AM