In November, the Ocracoke Preservation Society gave islander Earl O'Neal the Society's first annual Cultural Heritage Award. Earl was honored for his numerous books, articles and collections that preserve and share the history of this island that Earl loves so much. 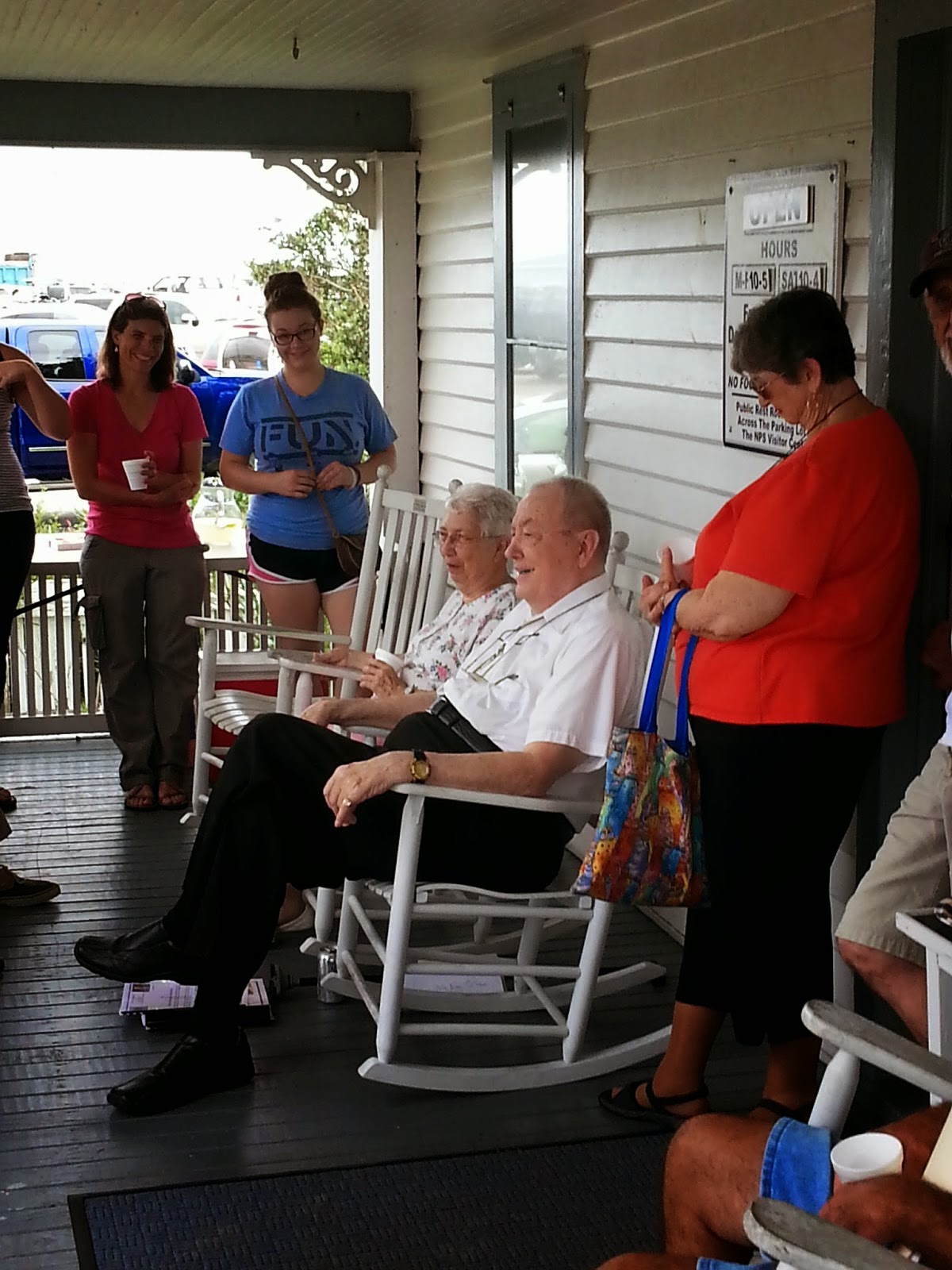 Below is just one short paragraph from one of Earl's articles, "Ocracoke Island History":

"The Island was first annexed to a county precinct government in 1770; it having been observed by a member of the Colonial Assembly that "those lawless bankers on Occacock Island are not paying taxes anywhere." At that time it was annexed to Carteret Precinct which had been formed in 1722 from Craven. Carteret also included Core Banks. Occacock Island prior to 1770 had belonged neither to Currituck, Craven or Carteret; it was an isolated, independent island until all the area south of Old Hatteras Inlet was put into Carteret. It was not until 1845 that Ocracoke Island, that portion of the Outer Banks below Old Hatteras Inlet down as far as Ocracoke Inlet, between it and Core Banks, was moved from Carteret County into Hyde County, and it has been in Hyde geographically and politically since that time."

This month's Ocracoke Newsletter is the story of the murder of Willis Williams. You can read it here: http://www.villagecraftsmen.com/news112114.htm.
Posted by Philip at 6:06 AM