As most of our readers know, numerous t-shirts & sweatshirts have been designed with Ocracoke logos and themes. In fact, I created several designs myself. This is a wrap-around image that we sell at Village Craftsmen. 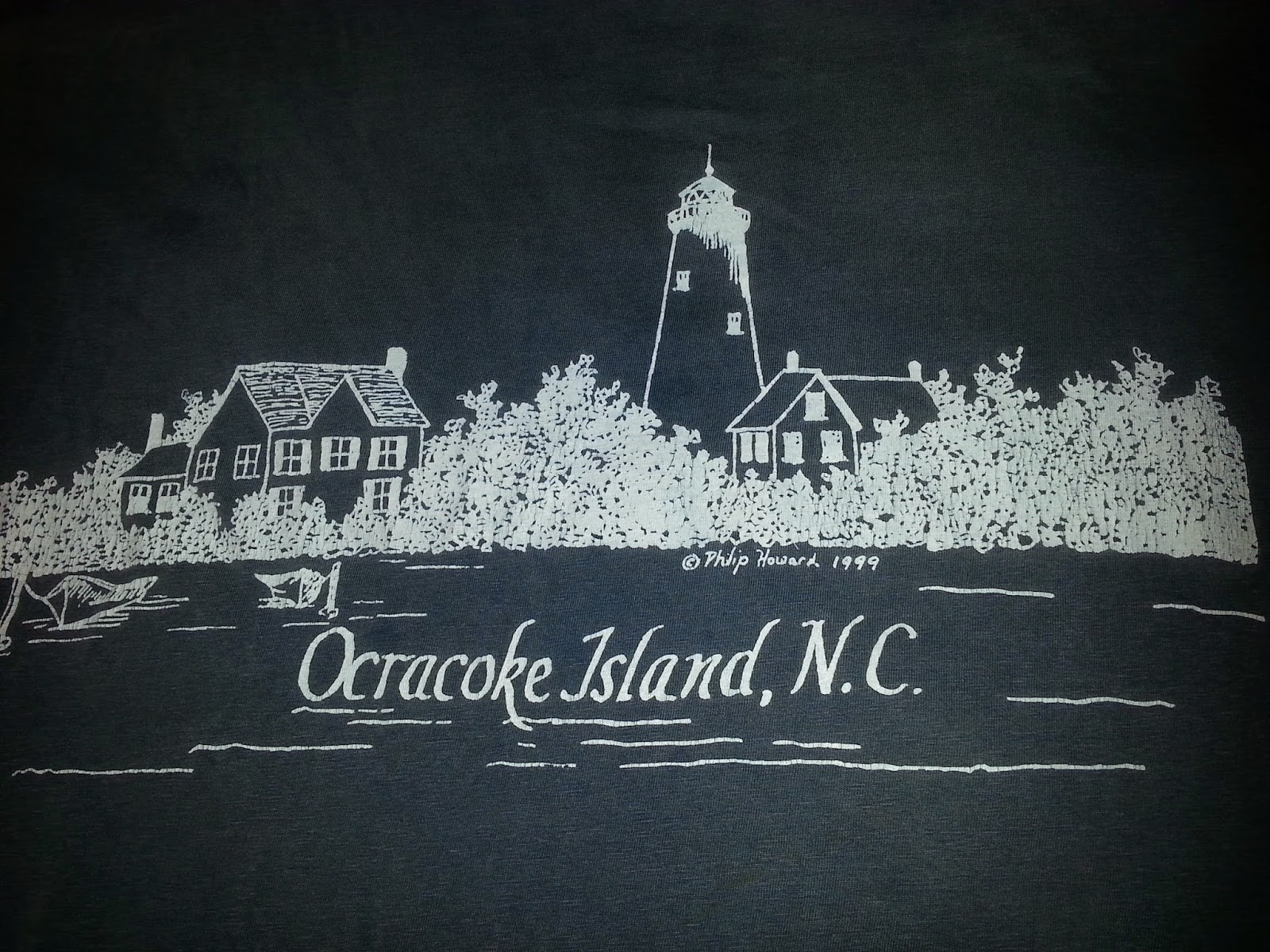 But, I mention these designs, and include the image above, not to promote our original t-shirts (though we like that idea also), but because I failed to take a photo of an Ocracoke sweatshirt I saw recently in Indiana.

I spent the Thanksgiving holiday with Lou Ann and her family in northeastern Indiana. It was cold, with a little snow, but the house was filled with warm embraces, laughter and good cheer. All three of Lou Ann's children and their families were there for a feast of wild turkey, ham, sweet potatoes, corn casserole, deviled eggs (and much more!). Of course, there was also pumpkin pie and fresh apple cider.

In addition to copious amounts of delicious food, there were many other delights. Lou Ann had an hour-long performance at a turn-of-the-20th-century mansion in Fort Wayne, we played "archery tag," visited with friends, and rode a horse-drawn wagon into the fields to cut a beautiful Christmas tree.

One afternoon, while strolling in downtown Angola, Indiana, I passed a woman wearing an Ocracoke Island sweatshirt (it had warmed up to above freezing, but was still too cold for t-shirts!). I had to stop and chat. She and her family have been vacationing on Ocracoke for about a decade. It turns out the island is their favorite vacation destination. And Village Craftsmen, their favorite place to shop. She and her husband also make it a point to attend Molasses Creek performances whenever they are on the island.

It is fun to be reminded of my island home (even if I failed to get a photo), when I am nearly 1,000 miles away!

This month's Ocracoke Newsletter is the seldom told story of the 1837 murder of Willis Williams by Jacob Gaskill. You can read it here: http://www.villagecraftsmen.com/news112114.htm.
Posted by Philip at 6:05 AM