Several evenings ago I hosted a family dinner. Someone told a story about a missed opportunity (I can't remember the details). Without prompting, my eleven-year-old grandson, Lachlan, said, "Too late, I've done promised Freener!" My cousin, Lee, who was visiting from Virginia, looked at me with a quizzical eye.

It was an opportunity to share another Ocracoke Island story.

I had been told that in the late 1800s Ocracoke native, Alexander Garrish, fell in love with a young woman. When he asked for her hand in marriage she turned him down.  She refused his offer several times, and he finally quit asking. In the meanwhile, Epherena ("Freener") Fulcher had set her sights on Alexander, and let him know she wanted to marry him. Alexander put Freener off twice. The third time Alexander claimed he had a toothache. Freener is reported to have said, “Heat a brick and put it to his jaw. It’s now or never.” 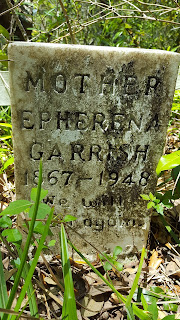 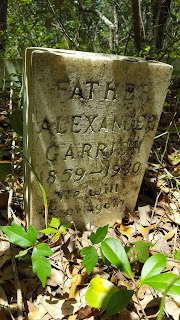 This month's Ocracoke Newsletter is Allie (Teenie) Scott's 1968 story of Simon Garrish, Jr. and the US Life-Saving horse, Sambo. You can read it by clicking here: www.villagecraftsmen.com/news042116.htm.