The shad boat is the official state boat of North Carolina. According to NCpedia, "Shad boats were first built in the 1870s by George Washington Creef [on Roanoke Island], who combined traditional split-log techniques with conventional plank-on-frame construction. The original Creef design was extremely successful and in high demand by coastal fishermen. Creef taught many others to build this vessel, which soon became one of the better and more handsome North Carolina workboats. His boat works produced shad boats from the 1870s through the early 1930s, while other builders turned out similar designs. (Read more here: http://ncpedia.org/symbols/boat.)

The shad boat had a round-bottomed hull and a single mast that was rigged with a sprit sail (a four-sided fore-aft sail supported by a diagonally positioned spar called a sprit). The shad boat often included a jib and a topsail.


For landlubbers, here is a diagram showing the parts of a sprit-rigged sailboat.


And here are two images of one of the last (now deteriorating) shad boats to be found on Ocracoke Island: 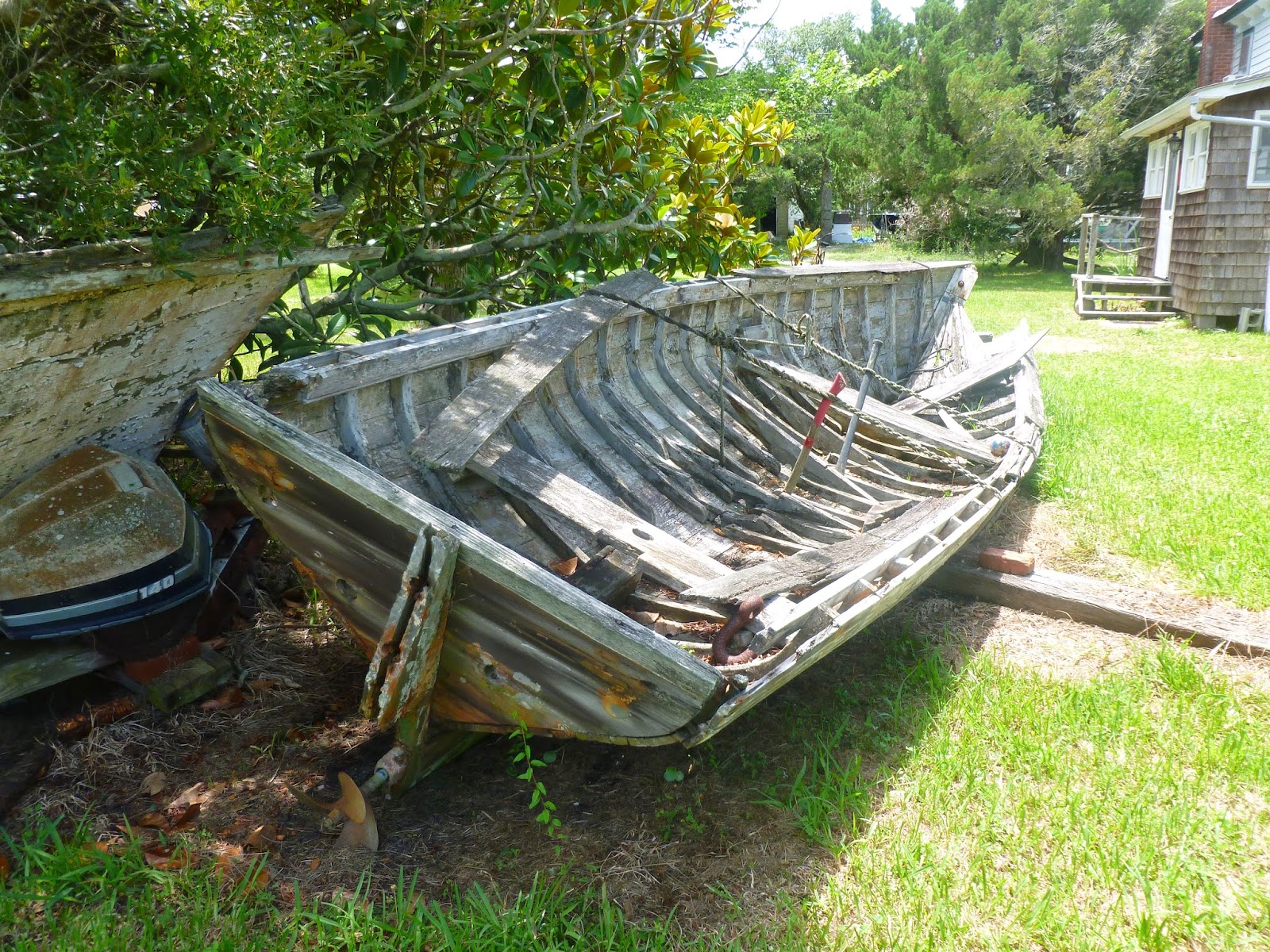 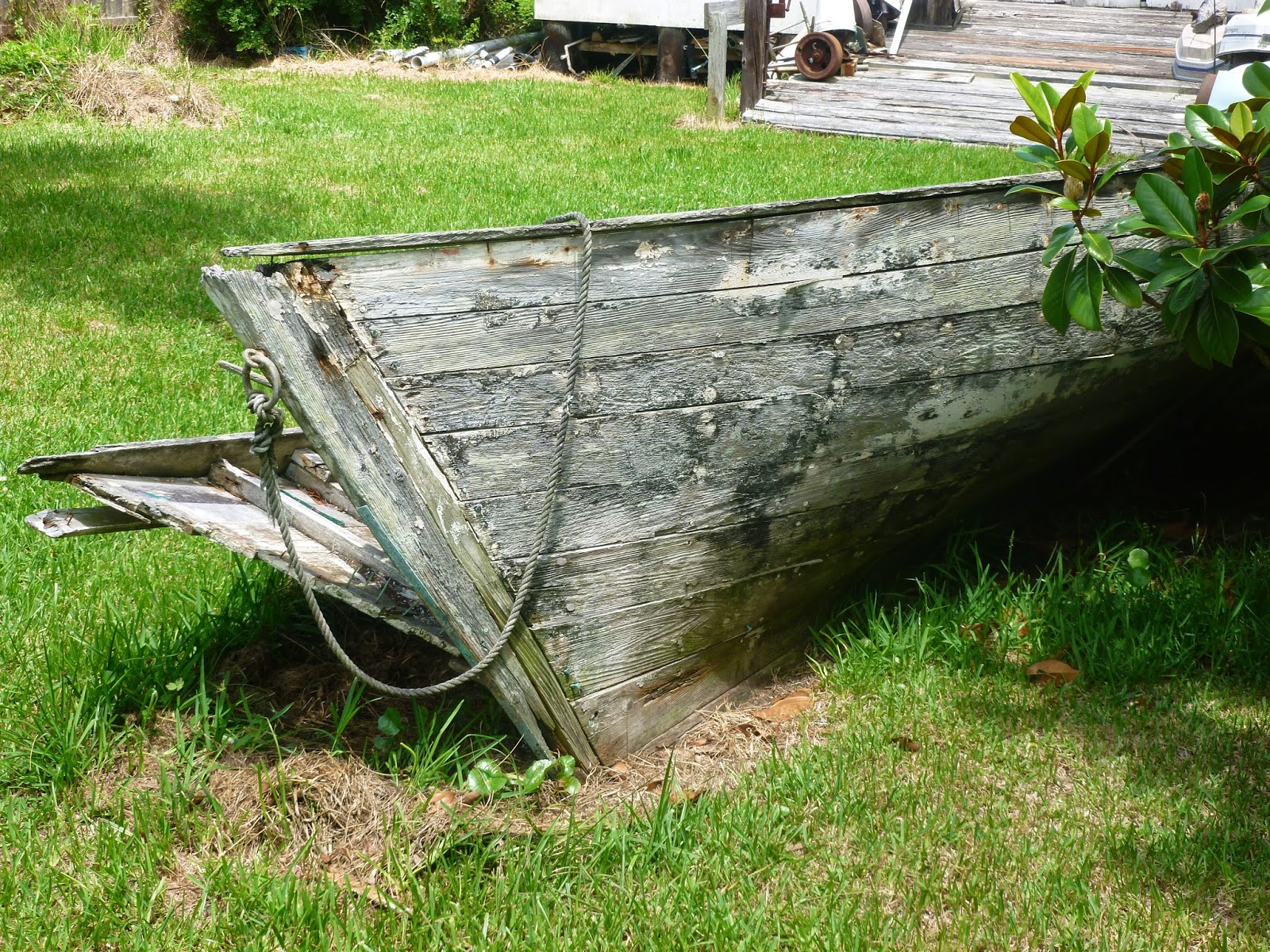 Our latest Ocracoke Newsletter is the story of Ocracoke's Agnes Scott, direct descendant of Agnes Scott for whom the women's college in Decatur, Georgia is named. You can read the Newsletter here: http://www.villagecraftsmen.com/news062114.htm.