The following 1733 map shows Ocacock Inlet and Ocacock Island. If you look carefully just above the "k" of "Ocacock Island" you will notice the word "well." Although wind and tide have reshaped Ocracoke Island over the intervening years, various people have speculated that this well was located in the vicinity of present day Springer's Point. 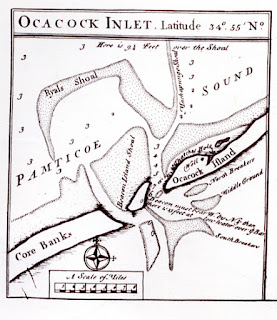 As it turns out the brick structure pictured below, now fitted with a heavy wooden cover, can be found at Springr's Point. Some people have theorized that this is the exact location of the old well. 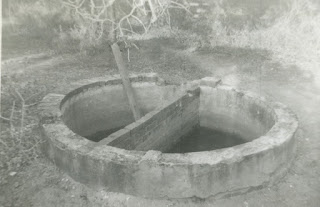 Although I have never probed the depths of the structure, I always assumed it was an enclosed tank, or drinking water cistern, with a solid bottom, not a well.

The following document, a series of dates and notes (from 1878 to 1900) jotted down on the back of an envelope by E. D. Springer, should settle the matter. 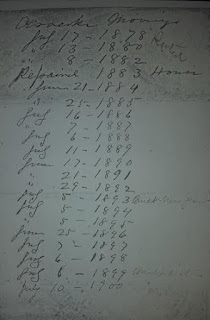 Although it is difficult to make out from the photo, a notation entered after July 8, 1899, clearly reads "built cistern."