Carl Goerch's 1956 book, Ocracoke, is a classic description of this most isolated island on the Outer Banks. To my knowledge, it is the first book published specifically about Ocracoke, and well worth reading in order to get a sense of island life just as increasing numbers of visitors were starting to discover Ocracoke.

The cover of Goerch's book includes these three words, "Drawings by Primrose." Every chapter includes one or more delightful line drawings. Here are two: 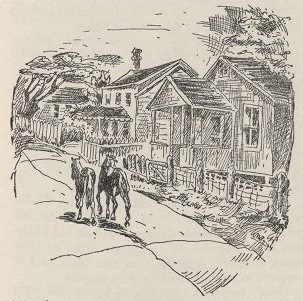 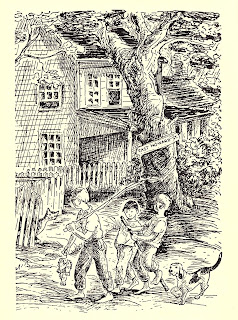 But who was Primrose? The artist is not acknowledged anywhere else in the book or on the jacket.

This is what I have discovered.  The today little-known Primrose McPherson Paschal was born in Raleigh, North Carolina, in 1915.


Primrose McPherson's ancestral family of Scottish and Welsh heritage was prominent in North Carolina from the time of the American Revolution into the twentieth century.  At an early age Primrose was interested in art, and started formal training when she was nine years old. As a student at Peace Institute (Primrose matriculated in 1929) she excelled in art, acting and writing. After graduating from Peace College in 1933 she continued her training at Parsons School of Fine and Applied Arts in New York City where she was a member of the Art Students League of New York.

After returning to Raleigh Primrose continued her pursuit of art. In 1935 she was elected as a member of the North Carolina Professional Artists Society.  From 1937 until 1948 Primrose was married to Malcolm Robertson. While awaiting a divorce she lived in Key West, Florida, where she was befriended by Ernest Hemingway. After returning to Raleigh she married Joel Francis Paschal, a Raleigh attorney and law professor at Duke University School of Law. She became a prominent participant in the cultural and artistic scene in Raleigh and Durham.

Primrose Paschal illustrated a number of children's books as well as Goerch's Ocracoke, and created many beautiful paintings that can be found on the walls of courtrooms, museums, and private homes throughout North Carolina. She was particularly adept at portraits. In 1948 she painted "Beulah’s Baby," a moving portrait of a black woman and her child. This painting won the annual purchase award at the North Carolina State Art Society's exhibition. It is now part of the North Carolina Museum of Art's permanent collection. 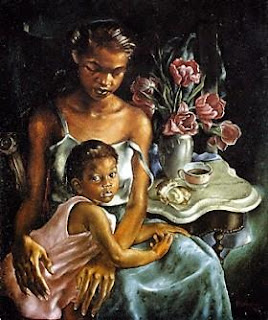 Prints of this painting are available in nearly every African American Gallery selling Black Art.

This month's Ocracoke Newsletter is Lachlan Howard's essay about the Fresnel Lens and its use in theater, solar ovens, cameras, and industry, as well as lighthouse illumination. You can read it here: https://www.villagecraftsmen.com/the-fresnel-lens/.
Posted by Philip at 6:10 AM