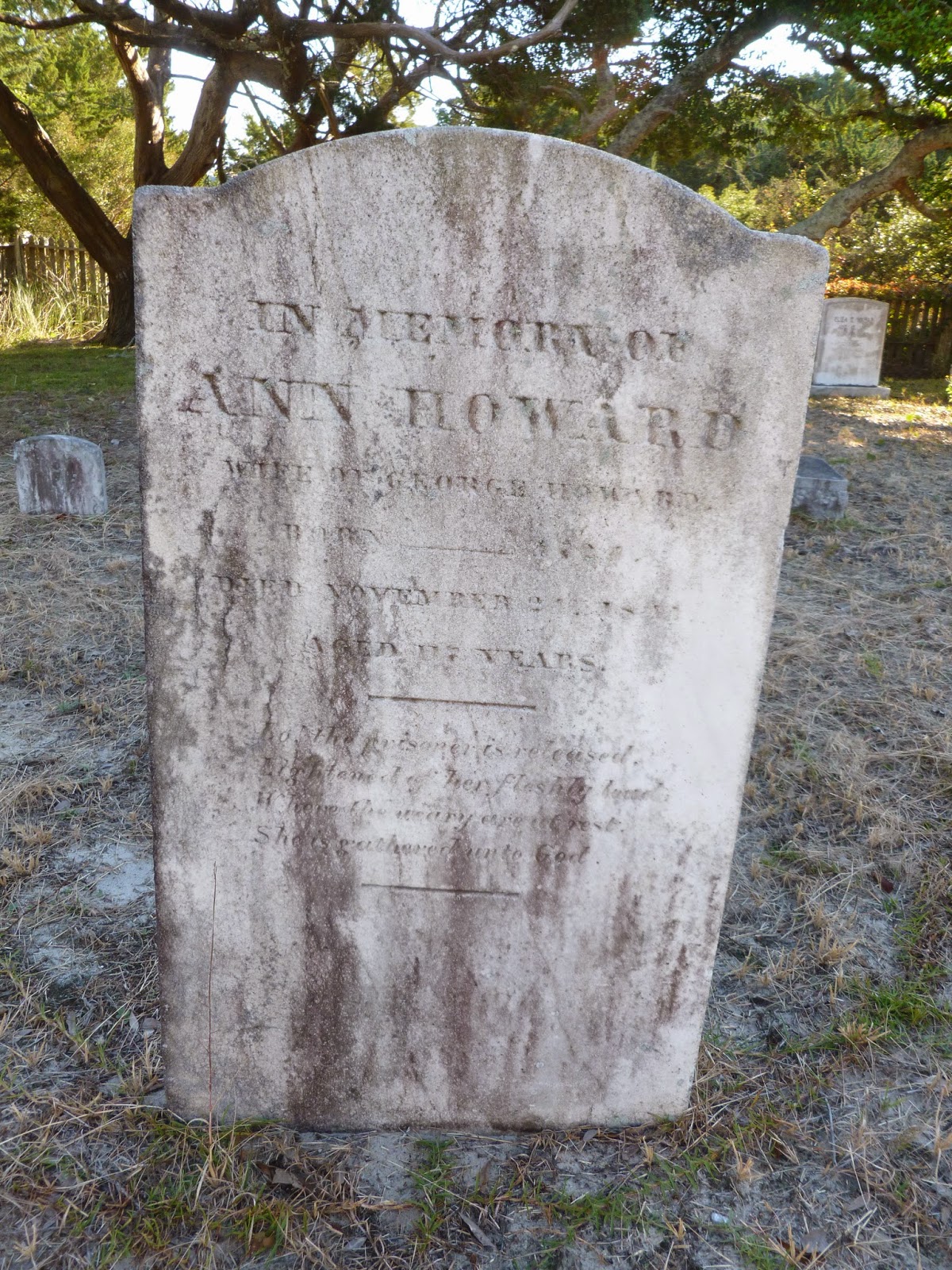 So reads the tombstone in the old George Howard cemetery on British Cemetery Road.

Jonathan Price, in his 1795 map and article, "A Description of Occacock Inlet," writes that about thirty families were living on the island, and that one of the "original proprietors" had reached his "ninetieth year" and did not "appear to feel any of the infirmities of age." This was undoubtedly William Howard, Sr., one-time owner of Ocracoke Island.

Nationwide, about 5% of the "above 65 year old" population of the United States is more than 90 years old.

At the present time there are at least three island residents who are over 90 years old.


Our latest Ocracoke Newsletter is about the Unionist North Carolina State Government established at Hatteras in 1861. You can read all about it here: http://www.villagecraftsmen.com/news092114.htm.
Posted by Philip at 5:38 AM