What's With These Road Names?

While driving around Ocracoke Village you may have noticed the intersection of Ocean View Road and Old Beach Road. 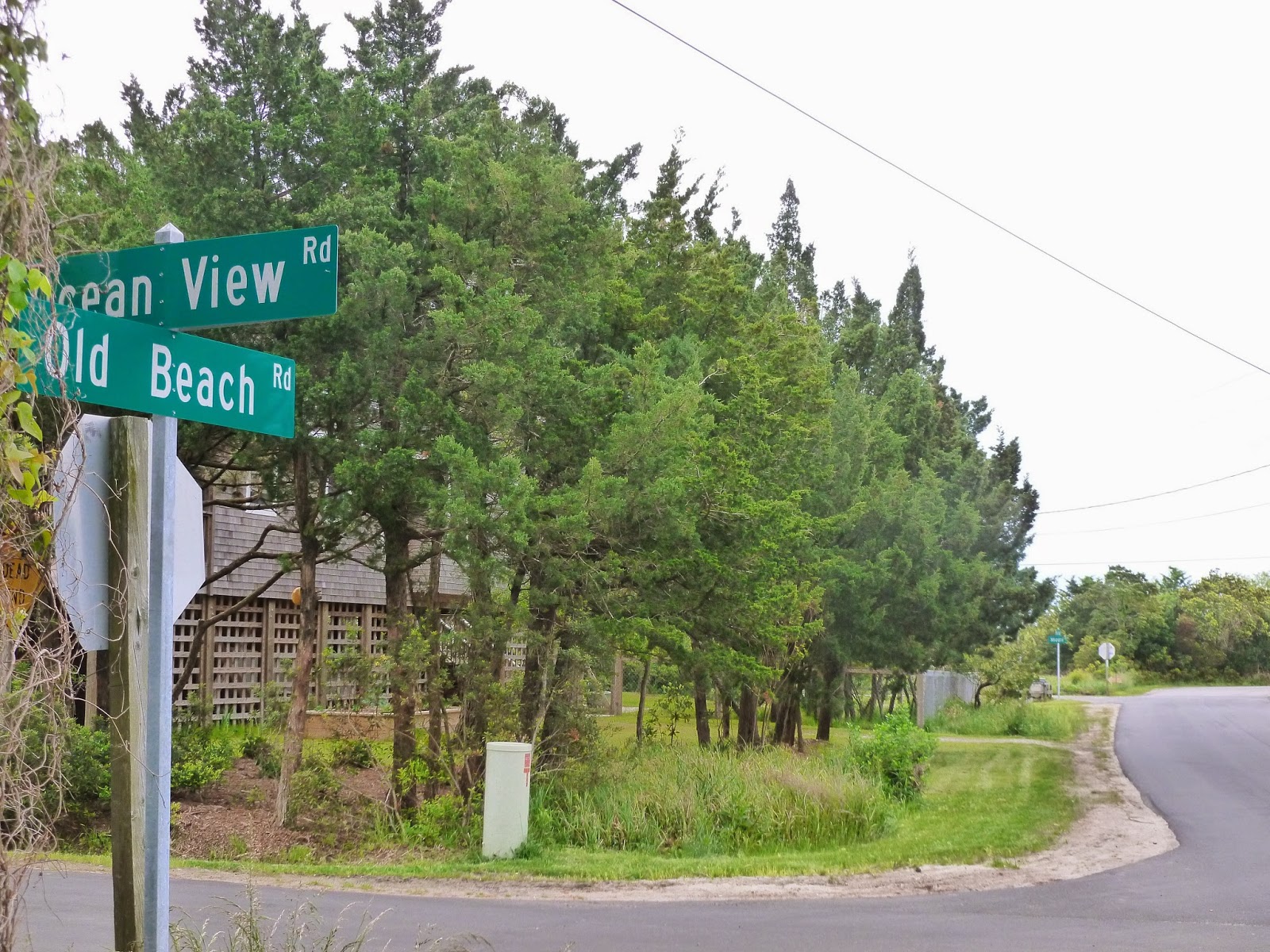 These two roads are surrounded by houses, cedars,and other thick vegetation. There is certainly no view of the ocean...nor are they on, or even near, the beach. You may wonder, What gives?

The answer to the question lies in the history and geology of Ocracoke Island. Before NC Highway 12 was built in 1957, the area between the village and the National Park Service campground was three miles of barren tidal flats...sand, shells, and hardly a blade of sea grass. During high tides, ocean overwash inundated the flats.

In the 1950s and 1960s, the National Park Service and the State of North Carolina decided to protect the new highway by building a continuous row of artificial dunes between NC12 and the Atlantic Ocean. Over the years vegetation took root on the dunes and the sound-side flats (islanders have always called that area The Plains). First it was just grasses. Then came yaupons and myrtles, and later cedars. Today, even pines and a few oaks are starting to grow there.

Where once the beach extended as far as the Thurston House B&B (my dad said islanders thought Thurston Gaskill was crazy to build his house "on the edge of the beach"), then retreated to where the Variety Store is located, the "bald beach" is now contained by the ocean-side dune ridge.

So, 75 years ago you could see the ocean from Ocean View Road, and Old Beach Road was a sand track that would take you right across the Plains to the surf.

And now you know.

Our latest Ocracoke Newsletter is an article by island resident, Crystal Canterbury, about her very first visit to Portsmouth Village, on the last day of 2014. You can read Part I here: http://www.villagecraftsmen.com/news042115.htm.
Posted by Philip at 4:57 AM