As we all know, Ocracoke has a rich musical heritage and a plethora of talented performers. While we deeply appreciate all they have to offer us, we enjoy bringing other performers to the island to inspire us and our children. The Ocrafolk Festival outreach program is helping us do this by sponsoring three concerts at Deepwater Theater over the winter. In addition to evening performances, visiting performers will be making daytime appearances at the Ocracoke School. Businesses and individuals interested in helping to sponsor the school concerts/residence series with a $50 donation to Ocrafolk Festival may contact David Tweedie (info@ocrafolkfestival.org or 252-928-3411). Supporting partners will be listed on the posters, on the programs, and thanked from the stage at the performances. This program is brought to the Ocracoke community with the help of the National Endowment of the Arts, the North Carolina Arts Council, the Beaufort County Arts Council, the Ocracoke Preservation Society, and the Ocrafolk Festival. The Ocrafolk Festival is housed under the Ocracoke Preservation Society, a non-profit 501(c)3. Concert information is listed below. Thank you to everyone who helps keep these programs running!

Wednesday, December 1, 7:30 PM at Deepwater Theater
~ Michael Ronstadt Generations
Ronstadt Generations consists of Michael J. Ronstadt (brother of Linda Ronstadt), Michael G. Ronstadt, Petie Ronstadt and Josh Hisle, spanning two generations with a repertoire that reaches back to the end of the 19th century while continually looking forward into the 21st. Michael J. Ronstadt is a vocalist, songwriter and multi-instrumentalist who continues in the tradition of southwest troubadours.
http://mjronstadt.com/mjronstadt/Ronstadt_Generations.html

Friday, January 28, 7:30 PM at Deepwater Theater
~ Basso Baroque Ensemble
Ocrafolk Festival's stellar standup bass player, Robbie Link, will be coming to the island and bringing some friends for an evening of baroque music. Basso features Barbara Blaker Krumdieck on the baroque cello, Robbie Link on the viola da gamba and John O'Brien on the harpsichord.

Ticket prices are $10 Adults and $5 Children for all concerts.

Here's a little more information about the Ronstadt Generations band from their website www.ronstadtgenerations.com: 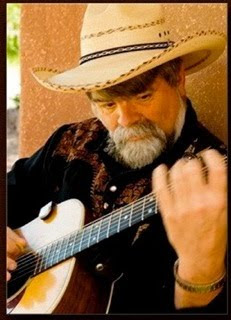 Ronstadt Generations represents the multi-cultural roots America was founded upon. Dating back five generations in North America, Michael J. Ronstadt, younger brother of Linda Ronstadt, continues the family tradition with his two sons, Michael G. and Petie, along with Josh Hisle, referred to fondly as his adopted son.

These four voices -- all multi-instrumentalists and solo artists in their own right -- bring to life a repertoire that reaches back to the end of the 19th century while continually looking ahead into the 21st, with a rich innovation of original material alongside traditional Southwestern and Mexican songs.

Each comes with the highest credentials, having appeared around the world in performance and on recordings with such diverse artists as Linda Ronstadt, Los Lobos, the Dixie Hummingbirds, Muriel Anderson, Big Bad Voodoo Daddy and countless others. Of additional note is Josh’s music being featured in Neil Young’s acclaimed film CSNY/Déjà vu.

Click on the photo below to view a selection of pewter seashells from Village Craftsmen's online catalog.

Our latest Ocracoke Newsletter is a history of the early twentieth century Doxsee Clam Factory on Ocracoke island. Click on the following link to go directly there: http://www.villagecraftsmen.com/news112110.htm.
Posted by Philip at 6:59 AM