Once again the Ocracoke performers wowed a crowd of fans in a sold out show at the Ocrafolk Festival Fundraising Concert last night. The audience enjoyed a wide selection of entertainment including songs from Julie Howard's "A Tale of Blackbeard," ballads, folk versions of punk songs, traditional tunes, a couple of true(?) tales from Capt. Rob and a story about growing up by Donald Davis. Many of the Ocrafolk Opry regulars appeared on stage joined at times by friends from the "real world." Thanks to all the performers and support staff of this event who volunteer their time to make it a success.

Click on the photo below to view a selection of wrought iron kitchen items from Village Craftsmen's online catalog. 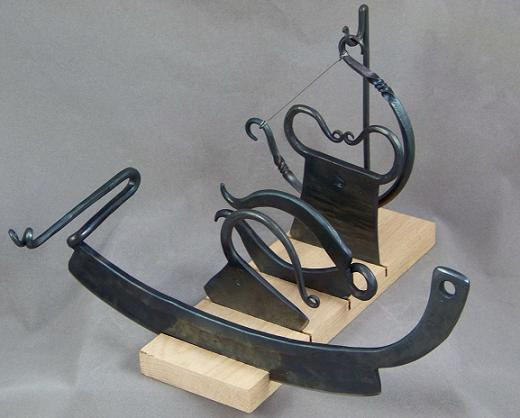 Our latest Ocracoke Newsletter is a history of the early twentieth century Doxsee Clam Factory on Ocracoke island. Click on the following link to go directly there: http://www.villagecraftsmen.com/news112110.htm.
Posted by Philip at 6:08 AM