John Crowe, friend and part-time Ocracoke resident, sent me the following photos yesterday. These are just two of the nine Drum he and his wife Joan caught in Ocracoke inlet on Friday. They also caught four on Saturday. All were between 40 & 45 inches. You can see the excitement in their faces. John says "the action was fast and furious. Nine fish in 90 minutes before we ran out of bait." 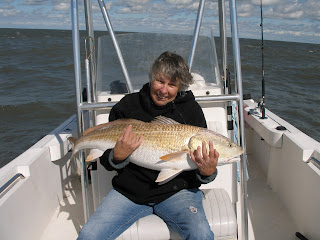 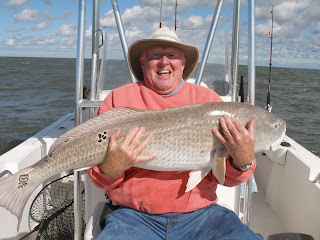 Of course, all of the fish were released after being caught.
Our latest Ocracoke Newsletter is the story of slavery on Ocracoke. You can read it here: http://www.villagecraftsmen.com/news092111.htm.
Posted by Philip at 5:55 AM