In the past I have written about the men who served in the United States Life-Saving Service. 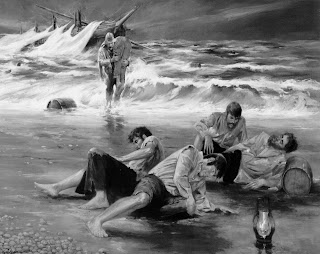 Today I share several quotations from the book, The U.S. Life-Saving Service, by Ralph Shanks and Wick York:
Our Ocracoke Newsletter for this month is an article by Philip Howard, My Ocracoke, Living amidst 250 years of Howard family history. You can read it here: http://www.villagecraftsmen.com/news082116.htm.