A number of roads, creeks, cottages, and businesses on Ocracoke are named after prominent islanders. Among others, they include Irvin Garrish Highway, Old Quawk’s Creek, Howard’s Pub, Lawton Lane, Sarah Ellen Drive…and many more. Starting today I will periodically be writing blog posts about the folks memorialized in the names of these island landmarks.

Today I have chosen to write about Elsie Ballance Garrish. 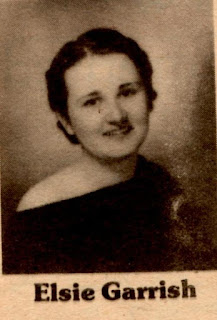 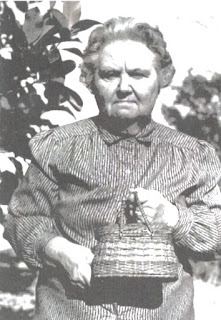 Many of our readers will have noticed “Elsie’s House” a small historic cottage on Howard Street. This was the home of EIsie Garrish and her husband Irvin (more about Mr. Irvin in a future post). 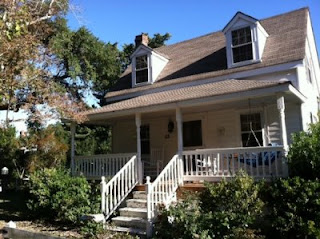 Elsie Dean Ballance was born January 4, 1915, the daughter of Elisha and Emma Balance. She was the eldest of nine children. As a young woman, Elsie left the island to attend nursing school at Rex Hospital in Raleigh. She graduated as a Registered Nurse in 1938. In December of that same year she married another islander, Irvin Garrish. Although Irvin’s work took them up north for a while, the couple eventually returned to Ocracoke.

At that time Ocracoke was without a doctor, so Elsie devoted herself to providing health care for her friends and neighbors. She delivered a number of babies, administered hundreds of tetanus shots, and stitched up many a wound.

In 1979 Elsie was awarded the annual Community Service Award for her dedication to the people of Ocracoke. Principal Ernest Cutler, in presenting the award, noted that Elsie had “touched the lives at sometime of almost all families who make Ocracoke their home. She is definitely a public servant with one exception -- she is not paid. If something happens to a child at school, their parents always ask, ‘Has Miss Elsie seen the child.’ If she has there is a sigh of relief.”

Miss Elsie lived to see the establishment of a Health Clinic on Ocracoke Island. Thus, with a paid doctor or other health care provider in residence, Elsie could devote more time to her family and other community and church activities. Elsie Garrish died January 23, 2003. She was 88 years old. Her two daughters and their families continue to live on the island.

When you pass “Elsie’s House” on Howard Street, remember this dedicated public servant who provided health care and “plenty of TLC” to our island community. 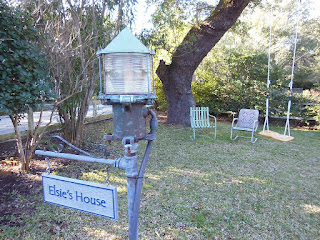 This month's Ocracoke Newsletter tells the delightful story of the 19th century "Stovepipe Hat" wreck. It has been told for years in books & magazines, but it probably never happened. You can read the story (and my research) here: http://www.villagecraftsmen.com/news072115.htm.
Posted by Philip at 5:37 AM