Last week Bob Zentz and Jeanne MacDougall spent several days at our house, entertaining us with their music. They were on the island with a talented musical couple from the Netherlands, Ankie and Nanne. Ankie & Nanne stayed with Al & Linda Scarborough.

On Wednesday evening, after the Ocracoke Opry, Bob, Jeanne, Nanne, Ankie, and a half dozen islanders came over to our house for wine...and music, of course. I was surprised that no one brought out their instruments, but in no time at all the living room was echoing with the melodious sounds of traditional sea chanteys and nautical songs.

It is impossible to convey in writing the magical feeling as these accomplished musicians graced us with beautiful harmonies and heartfelt melodies. 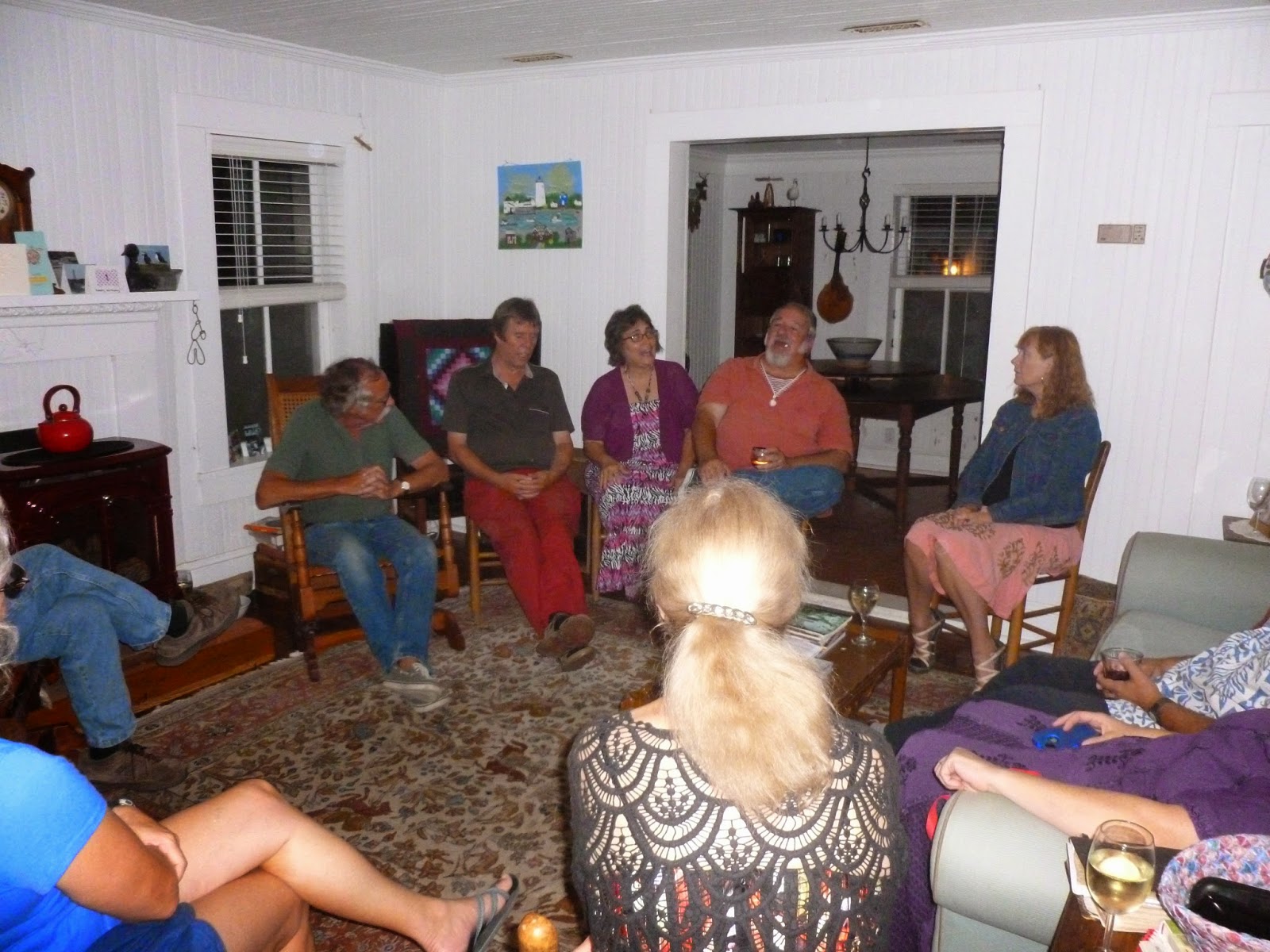 Nanne and Ankie added even more to our week when we discovered that they are fluent in Dutch, English, their native Friesland dialect, and Esperanto, a constructed international language (I had never before met anyone who spoke Esperanto). They take their music around the world promoting peace and international good will. I was not aware that between 100,000 and 2,000,000 people worldwide fluently or actively speak Esperanto.

Earlier in the week Nanne, Ankie, Jeanne & Bob treated islanders and visitors to a spontaneous concert on the porch of the Black Schooner gift shop on the shore of Silver Lake. 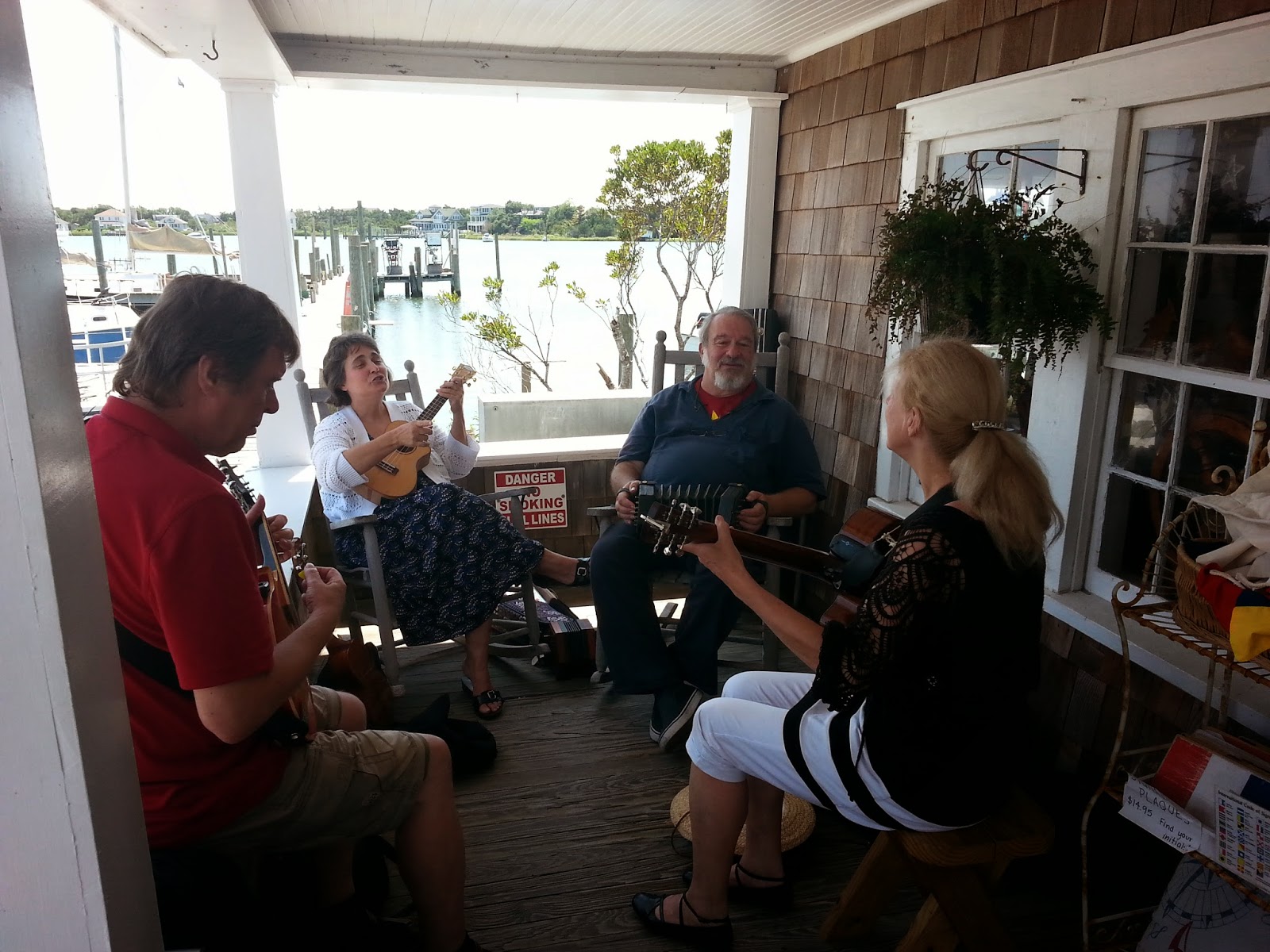 What a gift they gave us!

Our latest Ocracoke Newsletter is an article about the Ocracoke Crab Festival which was held each May from 1984 to 1989. You can read it here: http://www.villagecraftsmen.com/news072114.htm.
Posted by Philip at 5:58 AM