In March of this year, my childhood buddy, Wayne Teeter, died unexpectedly. We were nearly the same age. Wayne was born exactly two weeks after me in 1944. He would have been 70 years old today.

Last month I came across the following photo and blurb in a 1974 issue of the Carolina Beachcomber. I publish it today, on Wayne's birthday, as a tribute to an Ocracoke Island legend. 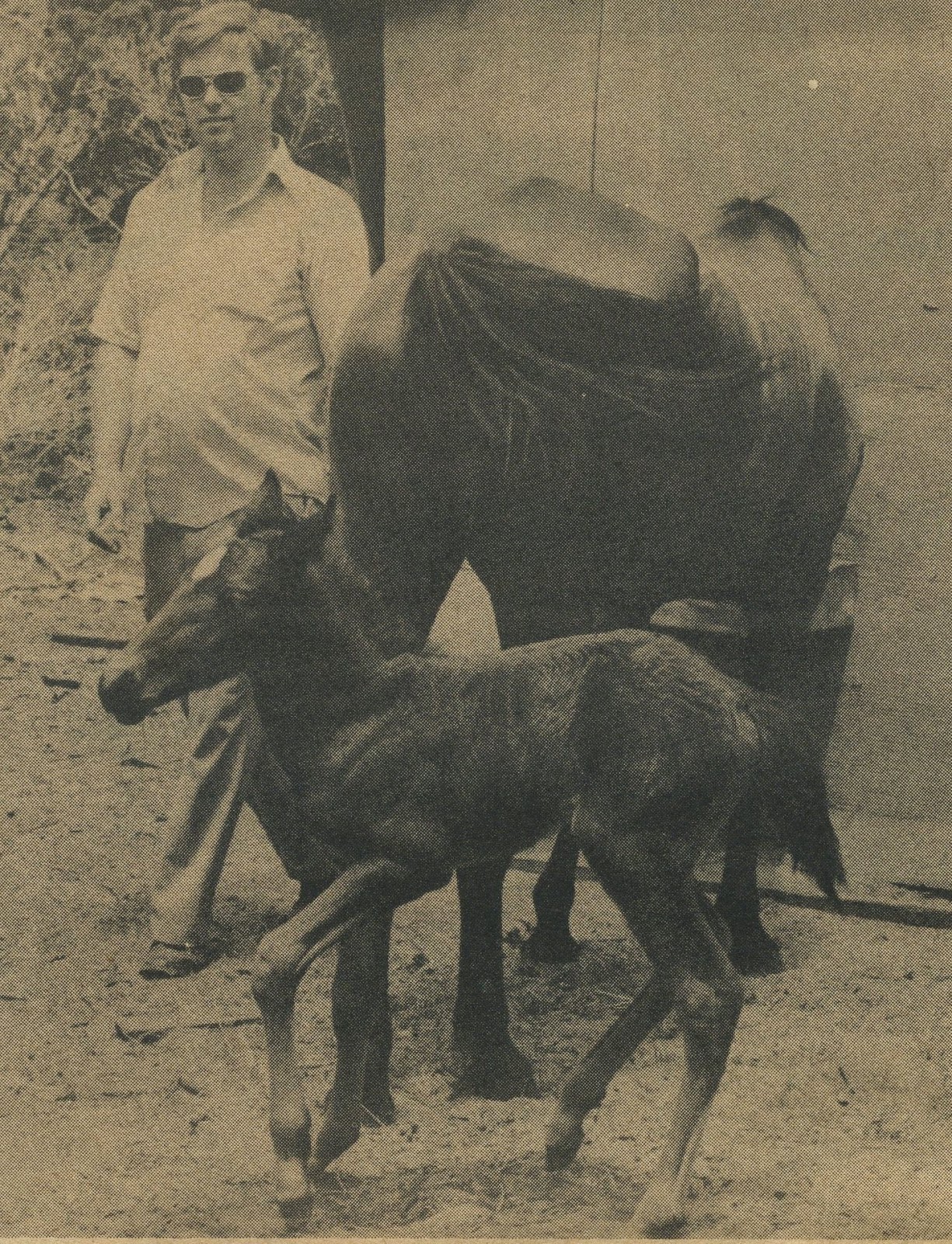 "Wayne Teeter, owner of Pony Island Restaurant, also has an interest in horses and is pictured here with a week old colt, 'Creation's Crazy Horse.' He was sired by a beautiful and spirited stallion, 'Creation's Glamour' from a family of five world's harness champions. Rudy Waller owns the mare, Honey, and was on hand to show off the beautiful animals to the Beachcomber photographer. (Photo by Lucy S. Morris)"

Our latest Ocracoke Newsletter is an article about the Ocracoke Crab Festival which was held each May from 1984 to 1989. You can read it here: http://www.villagecraftsmen.com/news072114.htm.
Posted by Philip at 5:35 AM