On July 15 I published a photo of a Canada Goose a reader believed had been carved by Ocracoke native Charles MacWilliams (Charlie Mac). Not long afterwards I was visiting Cousin Blanche, and the conversation turned to bird carving. Blanche mentioned that she had one of Charlie Mac's birds that was carved from a mast of the schooner, Carroll A. Deering. The decoy is not signed, but Blanche purchased it directly from Charlie Mac.

Blanche was gracious enough to allow me to make a photo of the Mallard carving: 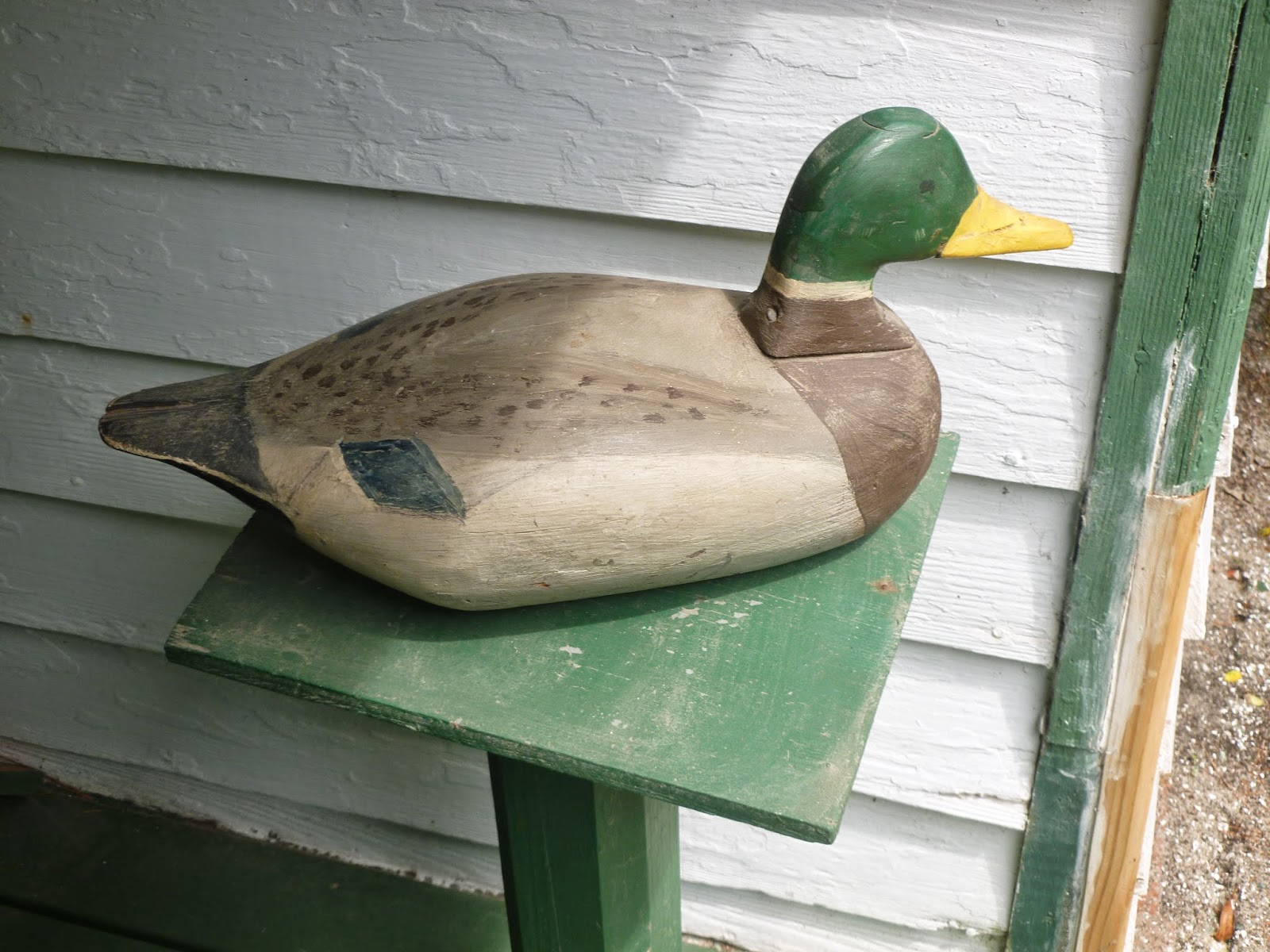 Charlie Mac often included a typed note with these decoys that read, "The wood in this hand-carved decoy came from one of the five masts of the schooner Carroll A. Deeering, wrecked in a great storm on Diamond Shoals off Cape Hatteras more than forty years ago [the Deering wrecked in 1921]. After she had been dynamited, one section of this famous Ghost Ship was driven ashore at Ocracoke Island in another storm, where I salvaged a mast. I carved this body from the mast, carved the head out of a natural driftwood knee found on the beach, and then painted the decoy."

Below is one of Charlie Mac's signed decoys from my personal collection...but it was not carved from a mast of the Carroll A. Deering. However, the resemblance in style is noticeable. 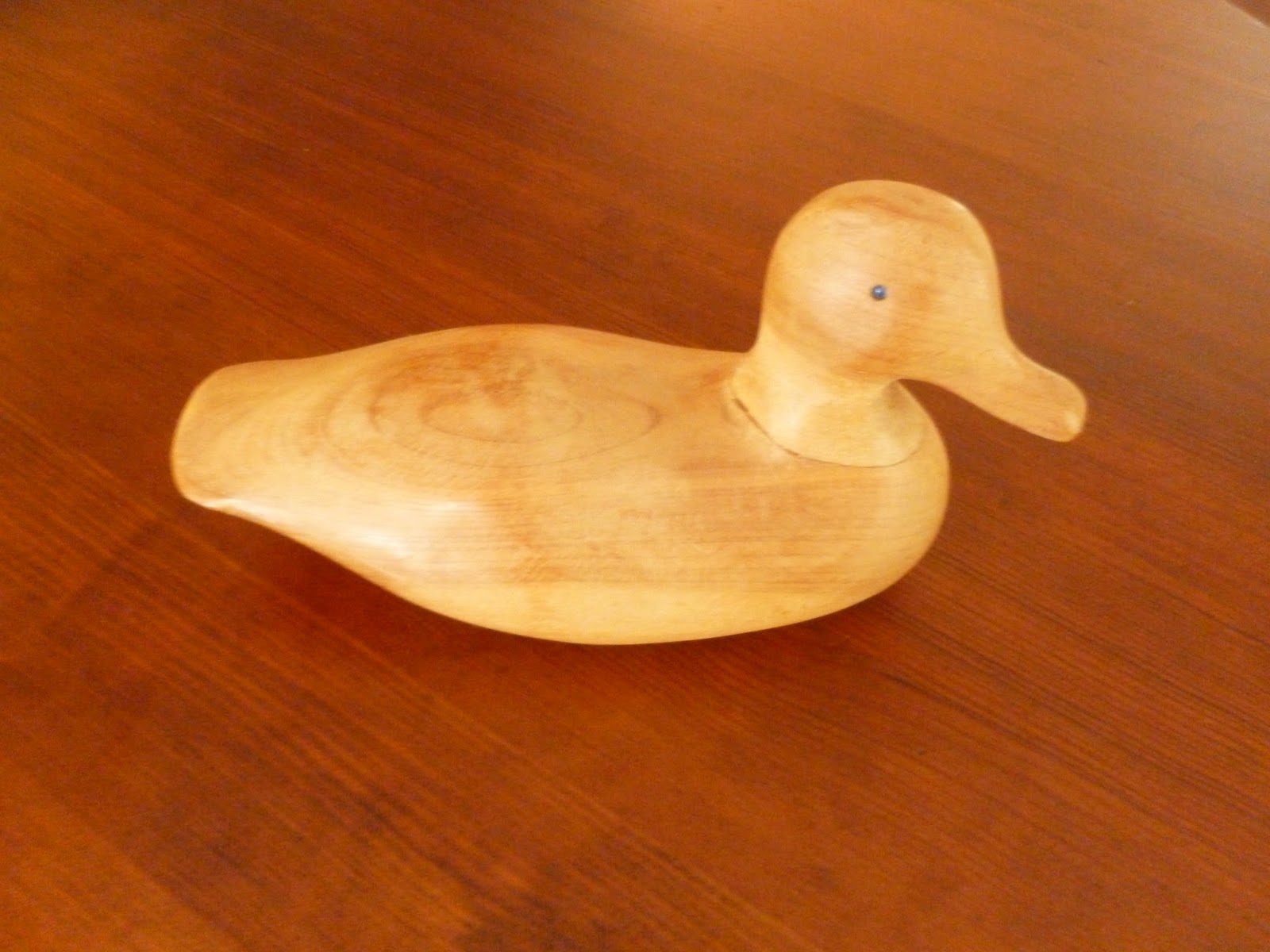 It is difficult to tell of the goose pictured on July 15 was carved by Charlie Mac. Perhaps it was...or maybe not.

Our latest Ocracoke Newsletter is an article about the Ocracoke Crab Festival which was held each May from 1984 to 1989. You can read it here: http://www.villagecraftsmen.com/news072114.htm.
Posted by Philip at 5:30 AM