Tricorn hats, muskets, cutlasses, feathers, and tankards of grog were in evidence Friday afternoon when pirates invaded Ocracoke! The buccaneers set up a pirate encampment at the Wahab House and at Berkley Manor. Tavern games, piratical gear, and 18th century clothing and artifacts were on display. 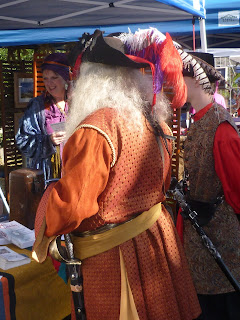 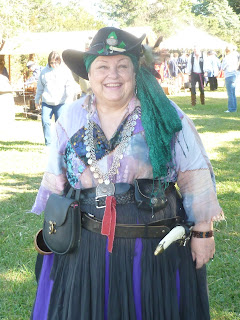 Roving minstrels strolled village streets, and The Motley Tones entertained residents and visitors with songs, ballads, pub songs and sea shanties from Blackbeard's day. Bawdy songs were reserved for after-hours when the young-uns were in their beds. 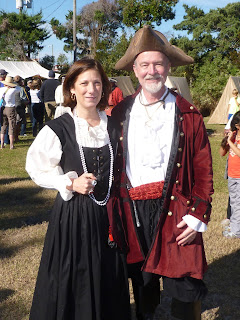 Military detachments stood at attention as commands were issued and cannons were fired. 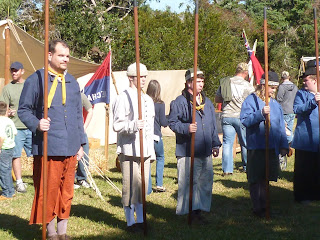 Early afternoon on Saturday the Meka II and the Ada Mae engaged in a battle in Silver Lake Harbor. 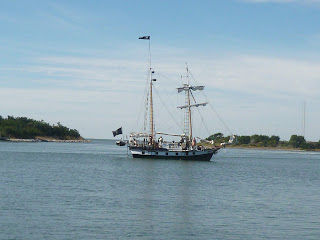 Many a piratical tale was told, and historian Kevin Duffus presented a detailed portrait of Capt. Blackbeard's last days and his battle at Ocracoke Inlet with Lt. Robert Maynard of the British Royal Navy on November 22, 1718. 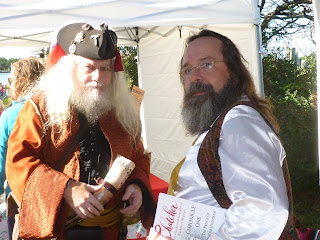 On Sunday morning the pirate and militia crews marched from Blackbeard's Lodge to Springer's Point to remember the final battle. 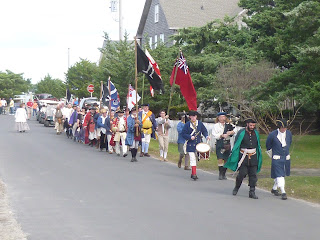 It was a fun weekend for the re-enactors, visitors, and island residents. If you missed it this year, mark your calendar for 2016. Every year gets better!

Our latest Ocracoke Newsletter is the story of the Wreck of the Banana Boat. You can read it here: www.villagecraftsmen.com/news102115.htm.
Posted by Philip at 5:59 AM