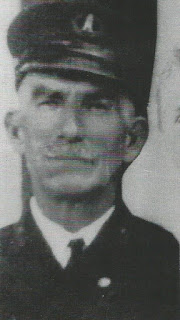 According to my father, he was on beach patrol Aug. 22-23 with his father, a Coast Guardsman, when they saw a schooner making peculiar maneuvers offshore. My grandfather speculated that the captain was just waiting until nightfall to "run her aground" for the insurance money. Sure enough the "Victoria S" wrecked that night.

A "Roads" or "Roadstead" is a partly sheltered body of water near the shore where ships may safely ride at anchor.

Our latest Ocracoke Newsletter is about earthquakes that have affected Ocracoke and the Outer Banks. You can read the newsletter here: http://www.villagecraftsmen.com/news092116.htm.
Posted by Philip at 6:17 AM